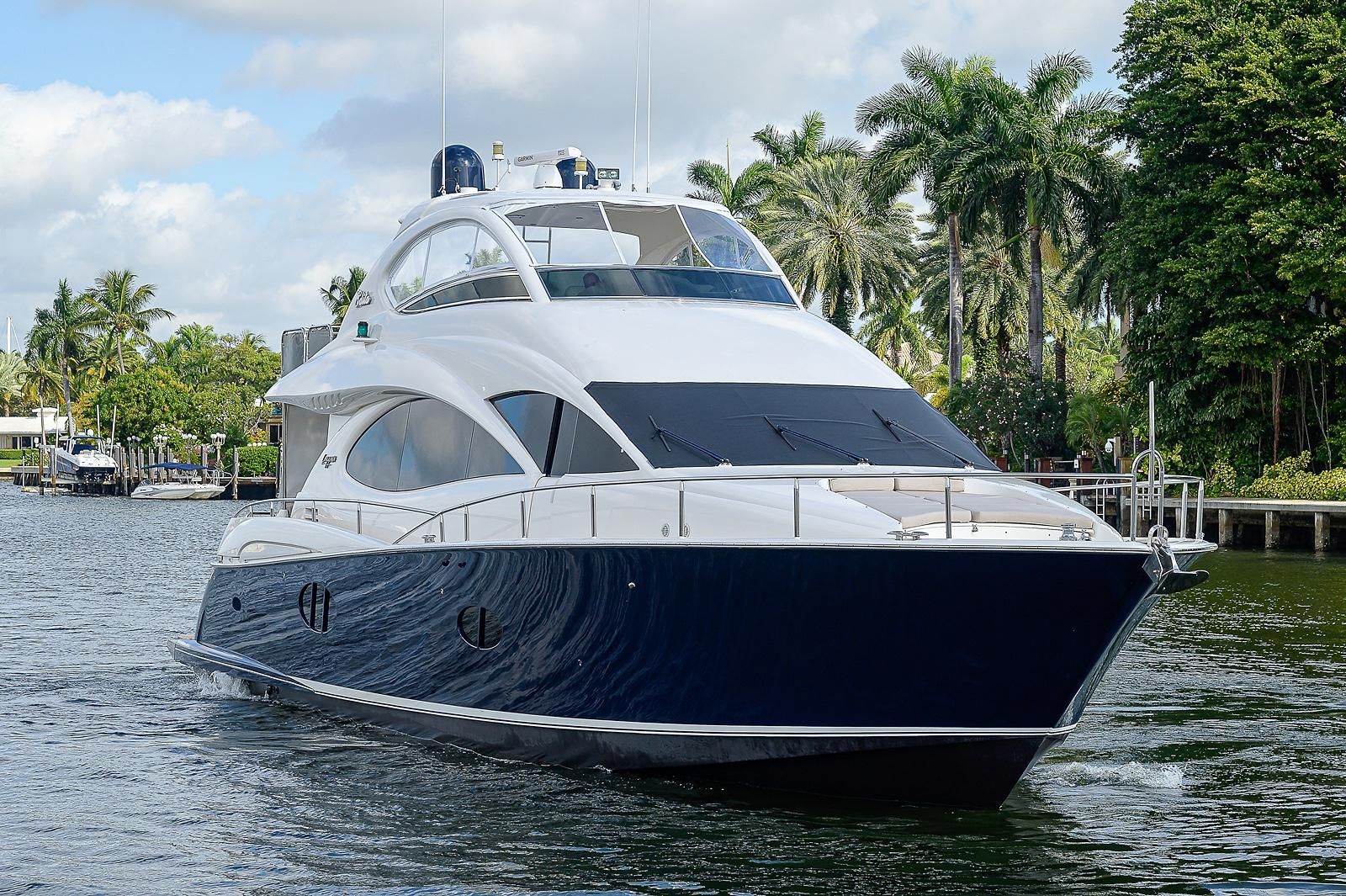 Vince Lazzara’s first boat was one he built for himself in 1955 – a 40-foot sailboat called the Bounty II. In the mid-50s, Vince pioneered fiberglass applications in boat building, and the Bounty II was revolutionary. In fact, at that time it was the largest fiberglass boat ever built, and Vince’s legacy didn’t end there. He went on to create two very popular boat building companies and also became known for his quotable quotes. One of his most famous was, “God only gives you so many days, but the ones you spend at sea don’t count against you.”

By the 1970’s Vince’s two sons Brad and Dick joined their dad  and in the 1980s the now family run business moved into motor yachts and brought us the Gulfstar Motor Yachts line of boats. In 1990 all of the family energy went into designing and building the most innovative yachts they could imagine, a line of yachts that they would be proud to put their name on, and so Lazzara Yachts was born. 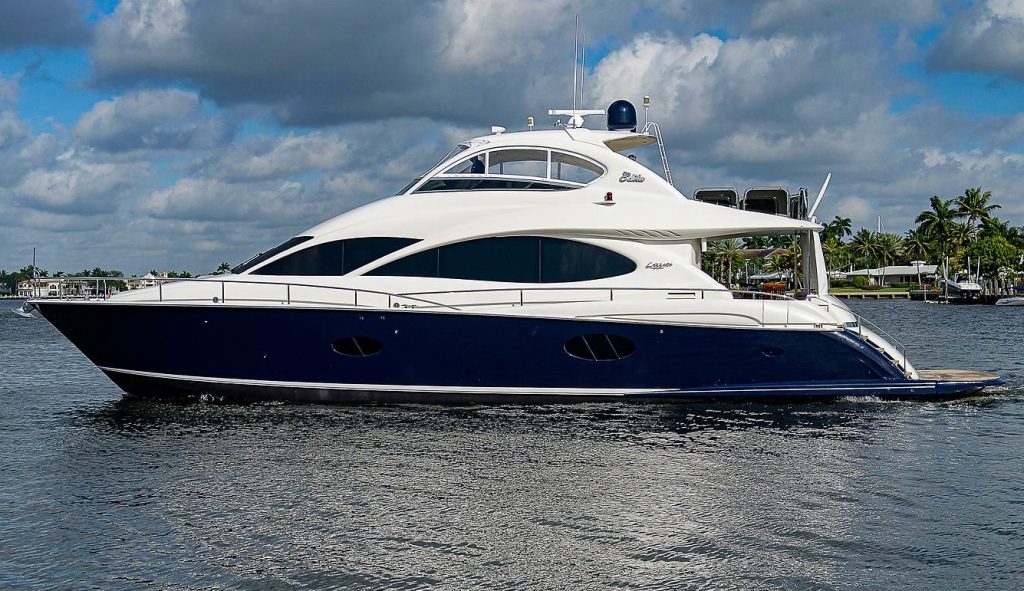 The Lazzara 74 was created to meet the European market’s need to keep crew and owners separate from each other as much as possible. Dick Lazzara took the already popular 68 MY and turned the garage area into a two bunk crew quarters thus creating a dedicated crew space. Dick likes to think that the innovate layout may appeal to American families as well since it gives the teenagers a private area of their own.

The 74 offers numerous design elements on this boat that makes it feel much bigger. The engine room for example has plenty of space to move around when doing maintenance. When it comes to entertaining, a comfortable and inviting single level salon adds to the open, roomy feel of the vessel.

There are five cabins on the 74 with two VIP staterooms located forward. The master is situated aft and spans the full beam. Although located belowdecks, the master suite sports a pair of windows, one on each side, giving it a more open and above deck feel. The master head is nicely appointed with twin sinks, and an inviting jacuzzi tub set in marble. Polished stone is used throughout, giving the 74 a super yacht feel. 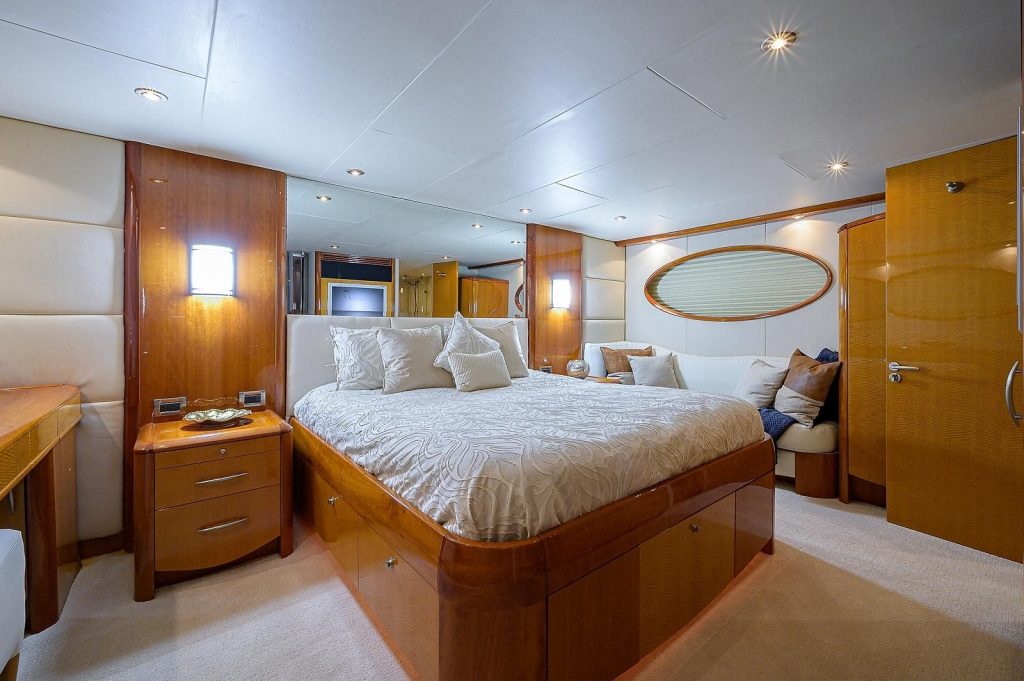 Lazzara uses what they call hockey pucks to help keep things quiet down below. “Hockey pucks” are thick rubber isolators located under the interior liner. Take a ride in a 74 and you’ll realize how quiet she is inside while still screaming along at 30 miles per hour on the outside. For a  BoatingMag feature on the Lazzara 74, the writer brought along his decibel meter. He took a reading at the lower helm while the 74 was cruising at 26 mph and clocking 2300 rpm. The meter read 60 dB A, the very bottom of its measurable range. In fact, the writer shared, “The meter reads 60 decibels, but I know the levels are quieter. I just have no way of proving it.”

Using Baltek’s Decalite panels for the soles, bulkheads and stringers offers a high-end way to create strong yet light vessels. The Decalite panels are made of balsa wood sandwiched between fiberglass. This layered construction results in a high strength to weight ratio which Lazzara figures to be between 10-25% stronger than their competition. The Lazzara 74 weighs in at 107k which is about 10k pounds less than other similar boats.

The Lazzara 74 is a boat that checks a lot of boxes. It’s great for a family who may have teenagers wishing to have their own private cabin area. It’s great if hosting another one to two couples and it’s great for the owners who want to maintain their privacy from the crew. The last great thing about this boat is the history. Since the 1950’s, Vince Lazzara and his boys have been doing nothing but boats. Thanks to this, you can rest assured you are in a well-designed boat built with the latest construction techniques. 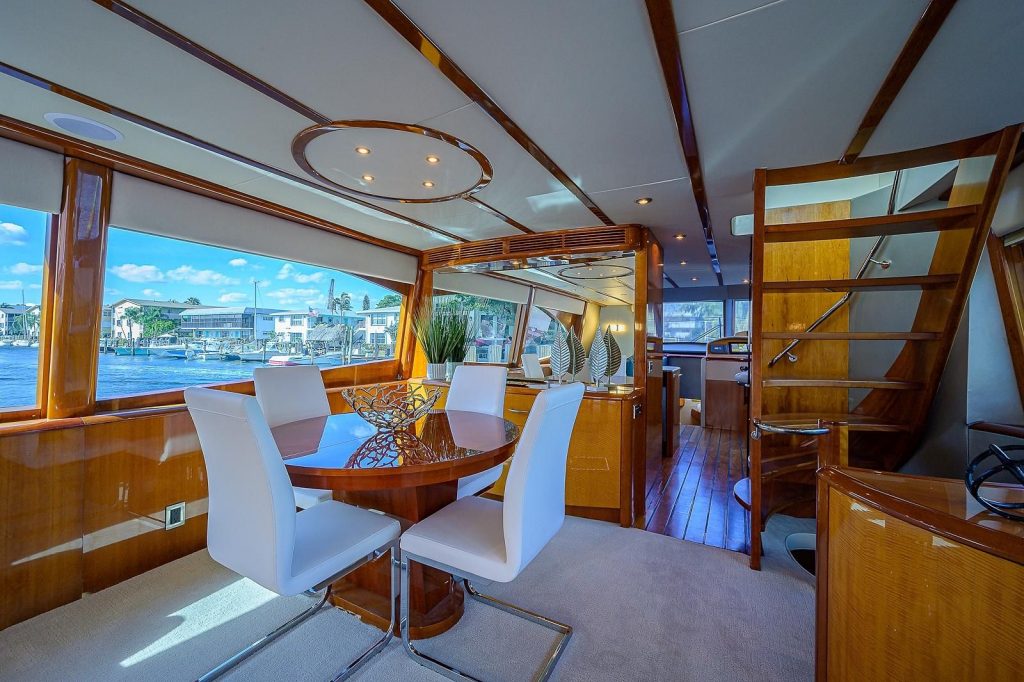 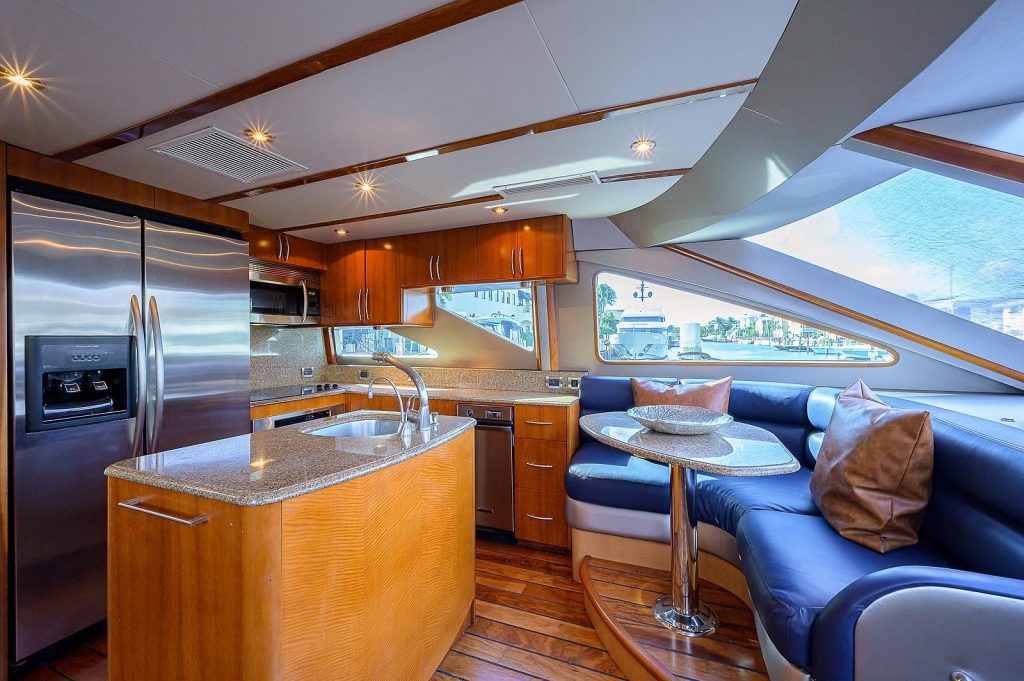 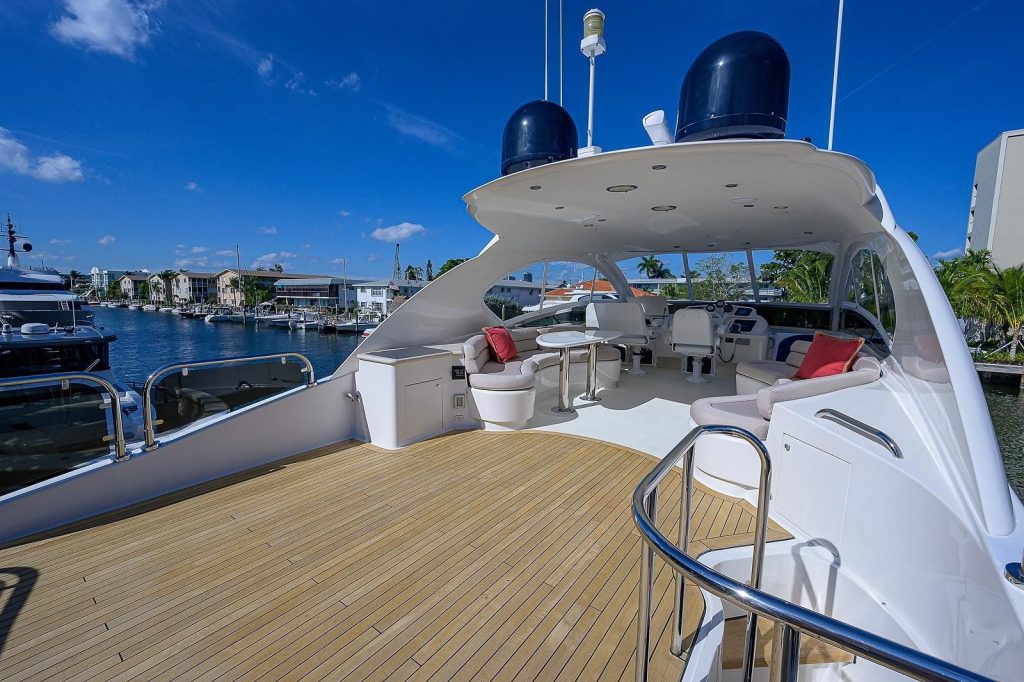 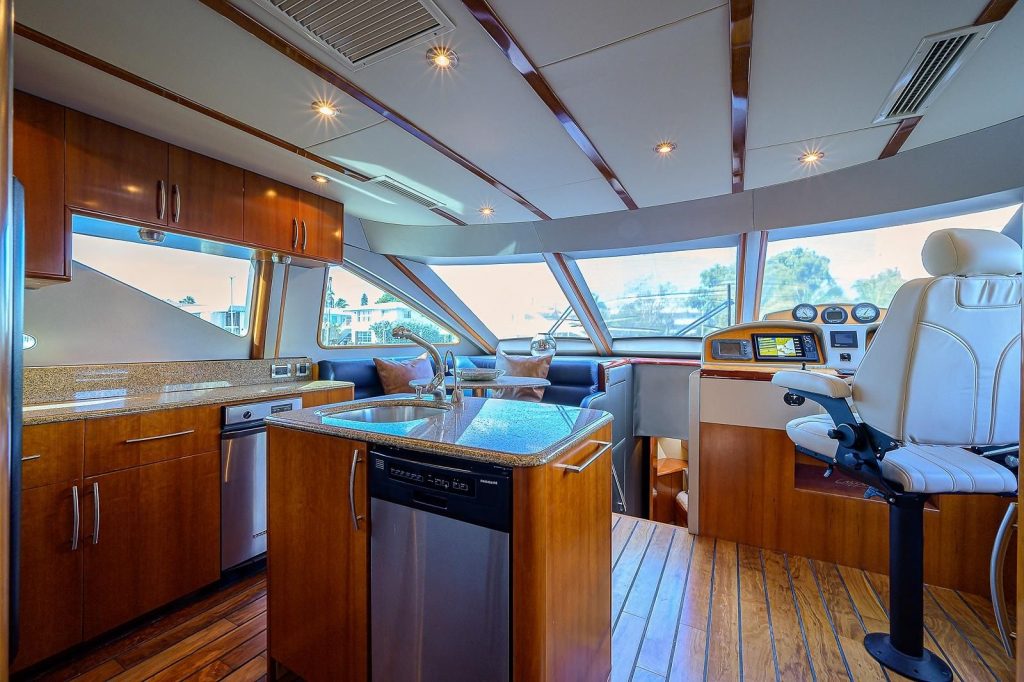 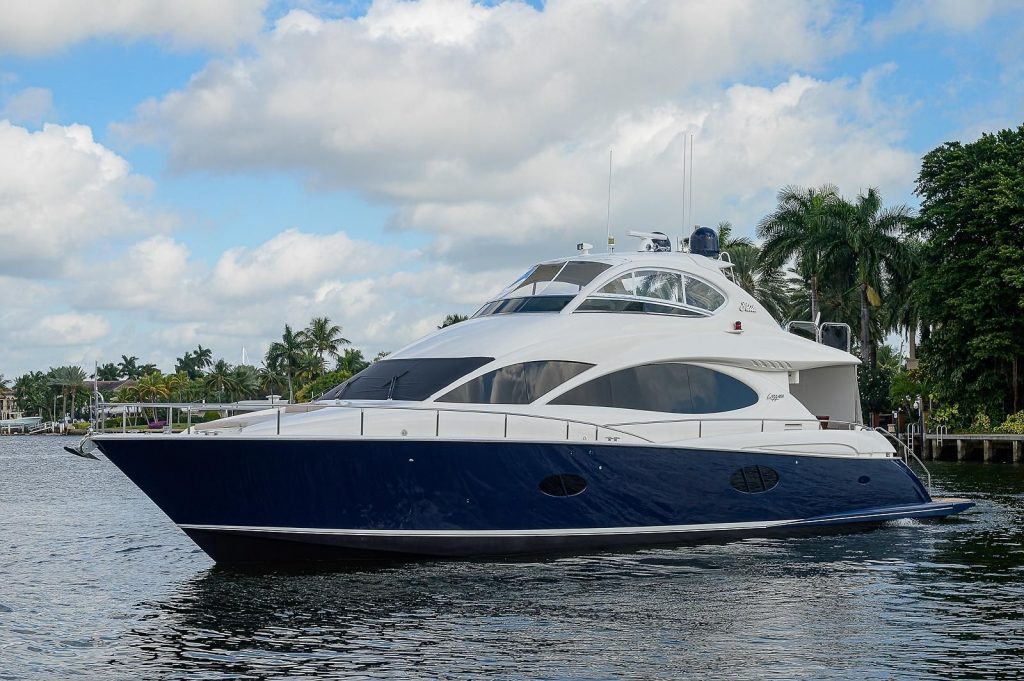