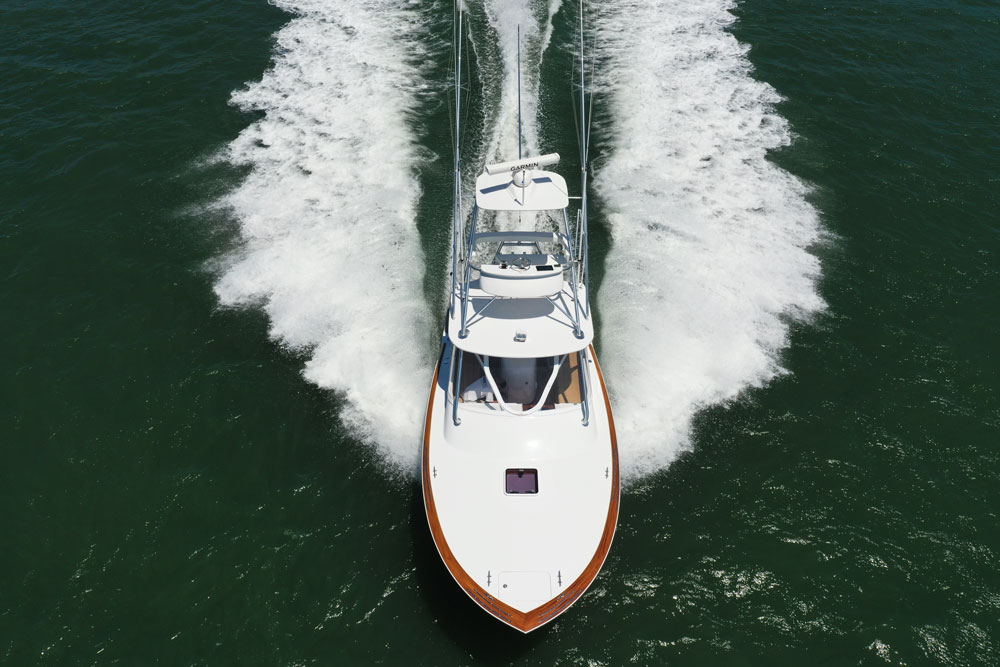 Behind The Flare: History Of The Custom Carolina

In the years following WWII, backyard boat builders along the shores of the Carolinas began crafting a new breed of boats, one with a very distinctive design that would be tested and prove true in the rough waters of the Atlantic. The build quality was so well-thought out that even today, you will see these style boats especially in the coastal waters of the Carolinas and Florida.

Today we will explore the history of the custom Carolina and discover what makes this design so seaworthy. Who knows – you just may discover that the Carolina is the right style boat for you.

Once you know what to look for, you will easily be able to pick out custom Carolina when you see her.

Custom Carolinas feature a huge bow with extreme flare. They have a broken sheer line that steps down where both the cockpit and the cabin meet.

Carolinas are usually cold molded or plank on frame making them much lighter than solid glass hulls. This in turn helps with top speed and allows for less draft. These techniques are more expensive to build and require many more man hours than a typical hull that gets popped out of a mold.

Carolinas have 3 key features that are the secret to their seaworthiness:

The deep-V design up front allows the boat to slice through head waves allowing for a smoother wave cut and less pounding or “bashing.”

Carolinas have a distinctively large bow. This again helps with rough sea states. Having lots of free board up front means you can take on larger wave action and handle more green water.

From the waterline going up at the bow, the Carolinas’ freeboard starts as a deep-V which then transitions to a noticeable flare toward the horizontal aspect as it reaches the gunwale. This keeps the topsides dry as it deflects the waves as they crash under the bow.

The predecessor to the Carolinas where the Core Sound fishing/work boat. Carolina boat builders would soon emerge out of this need for sport fishing in the 1950’s basing their designs around the Core Sound boat. 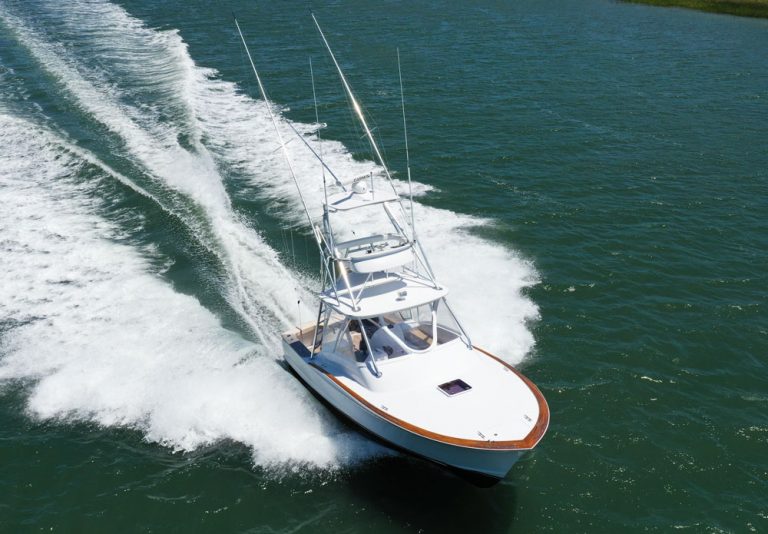 Starting in the 1930s, just off the Florida coast in such places as Cuba, Bimini and Cat Cay, marlin and tuna were being caught in large numbers by fisherman like Ernest Hemingway and Habana Joe. Hemingway spent a lot of time on his boat Pilar during this period of his life both for big game fishing and escaping the pressures of life.

Word spread quickly about this new sport called “big game” fishing. Boats back then weren’t equipped to handle the big fish. Ennis Merritt is one such individual who started to build the Carolina style boat in the mid-50s. He left Long Island and bought acreage in Pompano, Florida where he started building boats with his company Merritt Boat and Engine Works. His 37 sport fishers became very famous. Of the 13 original 37 footers Merritt built, 12 still survive today.

If you are serious about sport fishing, a Carolina Style boat may be the right choice for you. With years of refinements, boatyards have been taking what works and simply making it better. Some of the legendary names were mentioned above but there are lots more that should be given credit to for this battlewagon’s style and function.

Now that you know why they look the way they do, is a Custom Carolina in your future?