Marine Engines And Their Life Expectancies

Let’s face it: marine engines are asked to perform under the toughest of conditions and in the most unforgiving of environments. They are working in and around a body of water which often also exposes them to salt.

Those two factors alone are tough on any item made of metal, and unlike their automotive counterparts which usually get more consistent use, marine engines are pressed into service whenever their owners have time for them, which is usually not often enough.

In this article we’ll discuss the life expectancies of both gas and diesel marine engines plus tackle the question of whether a 1,000-hour gasoline engine boat may still be a great buy. 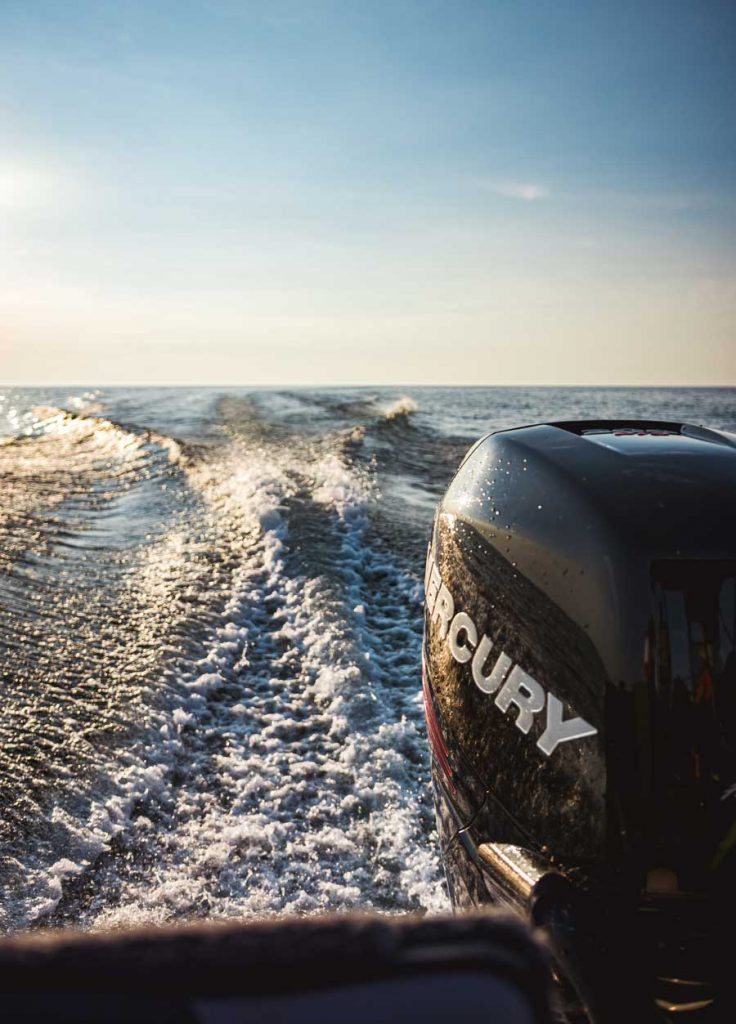 Gasoline marine engines, on average will run for about 1,500 hours (which is about half that of a car) before needing an overhaul. This is considerably less than a diesel, however one advantage of gasoline engines is that they are much cheaper to purchase and to re-power.

With gasoline engines, it is important to be very proactive and to stay on top of service and maintenance. It is also imperative that all small issues be addressed and not neglected. Remember, “small things will lead to big things.”

A gasoline engine should be run regularly for maximum longevity. Of course, this doesn’t always happen in real life. Many boaters take their new boat out a few dozen times in the first year. This may taper off to a few outings a year for events like Memorial Day weekend, some summer weekends and Labor Day weekend. The rest of the time the boat – and its gas engine – sit neglected. This non-use added to the strain of exposure to the moist and corrosive marine environment has the potential to shorten the life of a gas engine.

Diesel engines are significantly more expensive than gas because they are built to tighter tolerances and can stand much more abuse than their gasoline counterparts. Diesel engines when maintained properly can give you 6,000 to 8,000 hours of good use before needing a major overhaul. This means, some diesel engines can easily last the full lifetime of the boat.

When making a choice of engine type, most boaters who choose a diesel do so for their durability. Other reasons include safety and/or economy. Diesel fuel is not as volatile as gasoline and does not explode. Your fuel budget goes further with diesels since they are also much more economical to operate.

Finally, diesel engines are more forgiving of non-use than gasoline engines, although they too prefer to be run more frequently and for long stretches at a time. As with gas engines, since diesel engines are also made of metal, the moisture and salt of the marine environment still take their toll.

Now that we’ve compared the pros and cons of gas vs diesel, it’s time to tackle an important question that many would-be boat owners come across as they are shopping:

Although we’ve all heard cautionary tales, the 1,000-hour gasoline boat out there on the market can in fact be a “diamond in the rough.” A boat with around 1,000 hours on its gas engine may sometimes be a bit difficult for the owner to sell which in turn can mean a great deal for a buyer.

Should you consider being that buyer? Let’s go over what to look for in a potential 1,000-hour gas boat.

What to look for

Another example to look for would be the owner who doesn’t have time to take his boat out often but has no issue opening up his wallet up as needed for preventive service and repairs. In this case, you may see a rather large folder or binder with immaculate record keeping that goes back to the first oil change and winterization. Here you will plainly see that the boat has been very well maintained and taken care of. Good yards do good work which means they generally catch anything that requires attention as part of their services.

A final example would be active fisherman or mechanically aware boaters who just take great care of their engine. 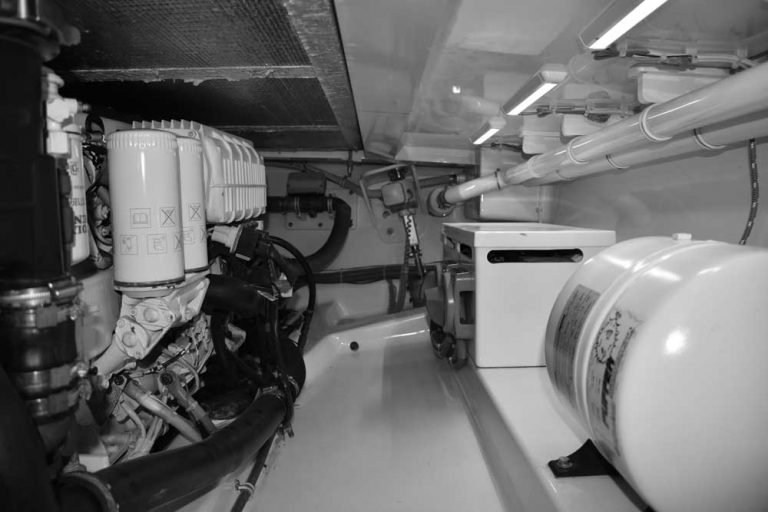 Once you have identified a potential candidate vessel, there are two major things you can inspect to gauge the condition of the engine. This will help you decide if it’s worth moving on to doing a sea trial and getting a surveyor to do a full inspection.

One thing you can do while checking out a boat is to inspect the oil via the dipstick.

Exhaust smoke should be mostly clear. If there is a noticeable color to the exhaust smoke, this could be a warning that something is wrong.

Note that there are many issues that can be addressed as part of the sale or as a coupon so never back out before asking questions…especially if it is a boat your have had your eye on awhile.

Just because you see that 1,000-hour meter don’t turn and run – do your homework. There are some gas boats out there that have 6,000 hours on them and are still out every weekend. That is because they are taken care of and serviced regularly.

A careful review of service and maintenance records along with an inspection of the oil and exhaust may just lead you to a steal of a deal on a 1,000-hour gas boat.